“SPEAKING” THROUGH THE CAMERA LENS 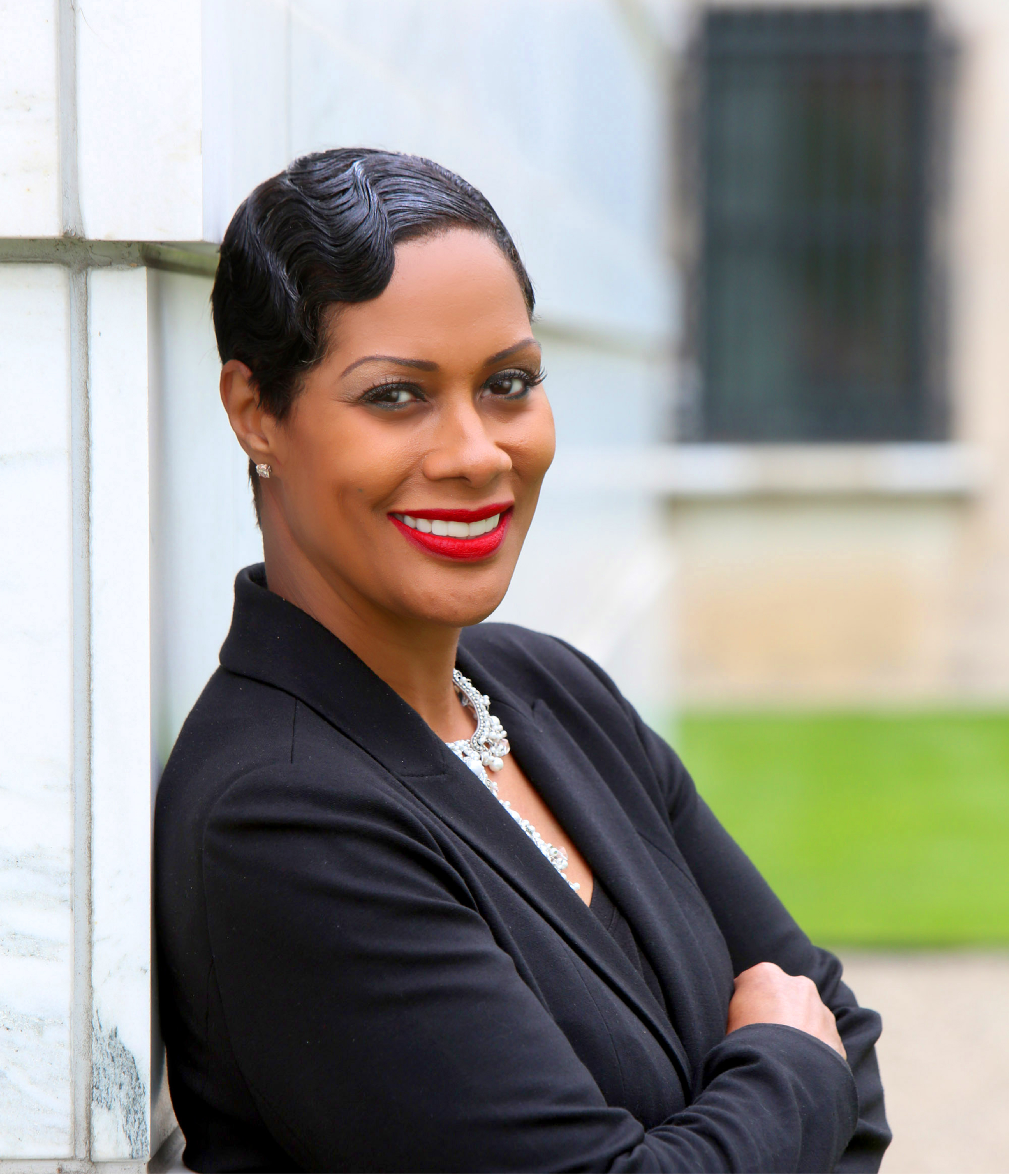 Known for her distinct style of world-class images of celebrities, heads of state, pop icons, and historic events, photojournalist Monica Morgan is more than “a photographer.” She sees what others don’t; she captures what others can’t. Whether she’s freezing history or making it, Monica Morgan lives life through the lens. Her lens.

BORN and RAISED IN DETROIT

Born and raised in Detroit, Michigan, Morgan earned her communications degree from Wayne State University, where she had a full academic scholarship. During her college years she interned with both WDIV (major Detroit television station) and WQBH (Detroit gospel radio station). After college she landed a job as a public relations coordinator in the Adult Education Department for Detroit Public Schools. Later, she held a position as The Promotional Tools Coordinator at Domino’s Pizza Corporate, where she promoted The Classic Car Collection, The Pizza Ponies and baseball legend, Al Kaline.
From there (circa 1987), she began taking photographs to go along with freelance articles she was writing for news and publicity including for The Detroit News and a weekly column in Detroit’s, Michigan Chronicle Newspaper. By 1990 photography was her full-time passion and profession overshadowing and replacing freelance writing. Although writing was no longer her means of delivery the focus on journalism was still there, as she began telling vivid and compelling stories with her camera.

Throughout her career, Morgan’s drive to tell visual stories has made her one of the most well-known Detroit-area photographers, if not the most well-known in certain inside circles; she is undisputedly among the world’s most highly recognized and accomplished African American, female photographers.
Competitive sometimes to what her “competitors” may consider a fault, Morgan has persevered and fought through and past, barriers, obstacles, and the actual hostility many female professionals face worldwide, in the male dominated photography industry. Her experiences have shaped her mission to mentor young people, particularly young women, in photography.
Kind, humble, and shy by nature, when working, the “picture” she presents is sometimes different as Morgan’s professional style is known to be firm, aggressive, and steadfast. She lets nothing stop her or stand in her way when she is on assignment and shooting, as she continues to forge a path for young women and female colleagues to follow. To that end, in all that she does, Morgan eagerly uplifts the next generation of photographers. She conducts teaching workshops and seminars, and serves as a motivational speaker. Her goal is to bring added diversify to the photography market by delivering more women from the shadows into the limelight of the male dominated industry. Morgan has mentored more than fifty young women throughout her career.

You are instantly intrigued when you meet her and wonder what drives and what
motivates a person of such intensity. Of her success, she has said,
“You must first want it; then you must believe that you can do it, and not just for yourself, but for something beyond self.”
This she shared, is what inspires her to continue to learn, educate others, and grow.

Morgan’s credits are so prolific, listing them tends to boggle the mind and overwhelm.
Her career has taken her all over the world and earned her international recognition
and honors. She has photographed Nelson Mandela; Prince Charles; Muhammed Ali; Muammar Gaddafi; George W. Bush; Hillary Clinton; Ray Charles; Aretha Franklin; Patti LaBelle; Coleman A. Young, and President Barack Obama and First Lady, Michelle, among countless others. Morgan was official photographer -where she captured telling aerial views- for the historic, Million Man March on Washington, DC., October 16, 1995. 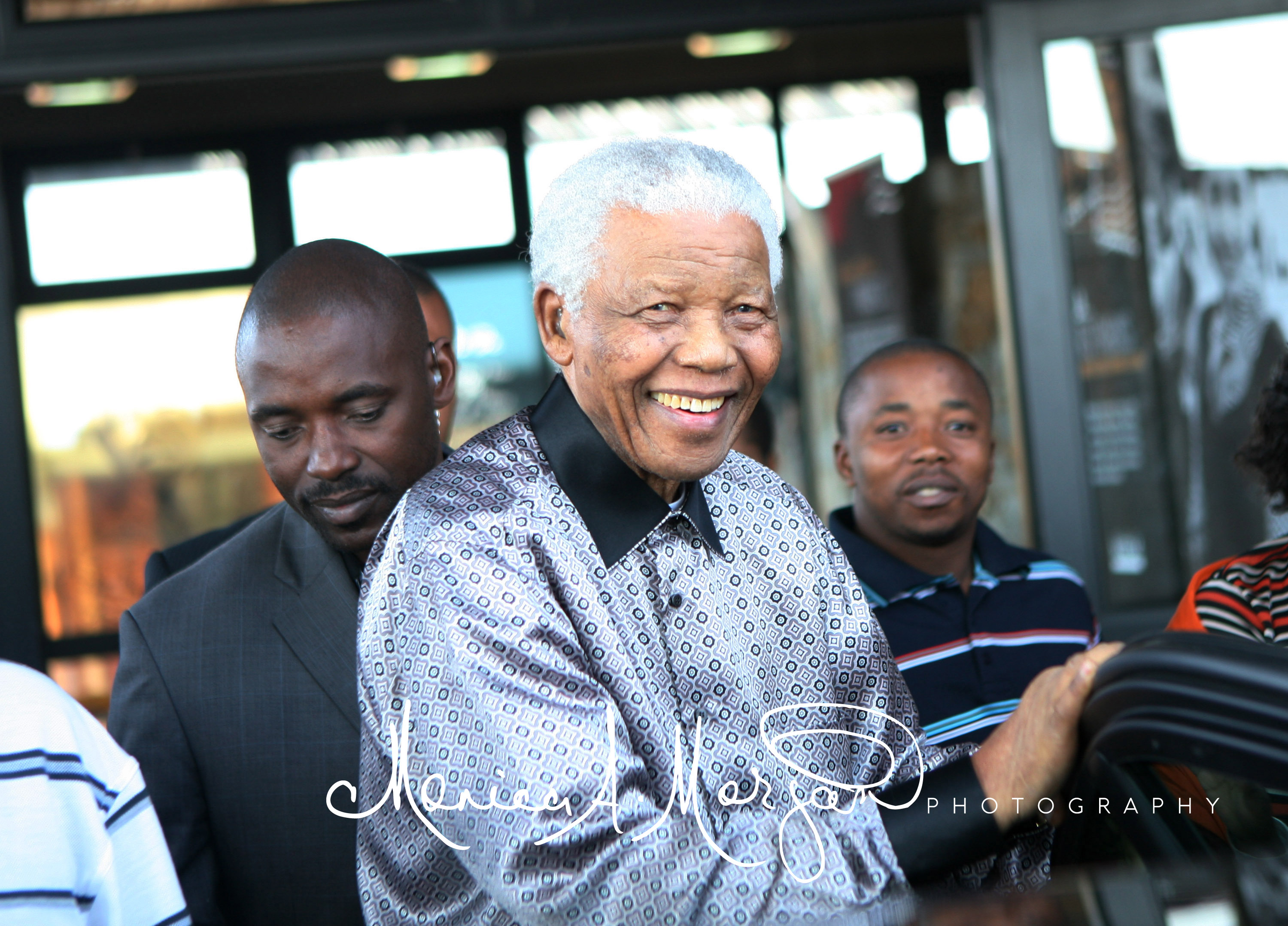 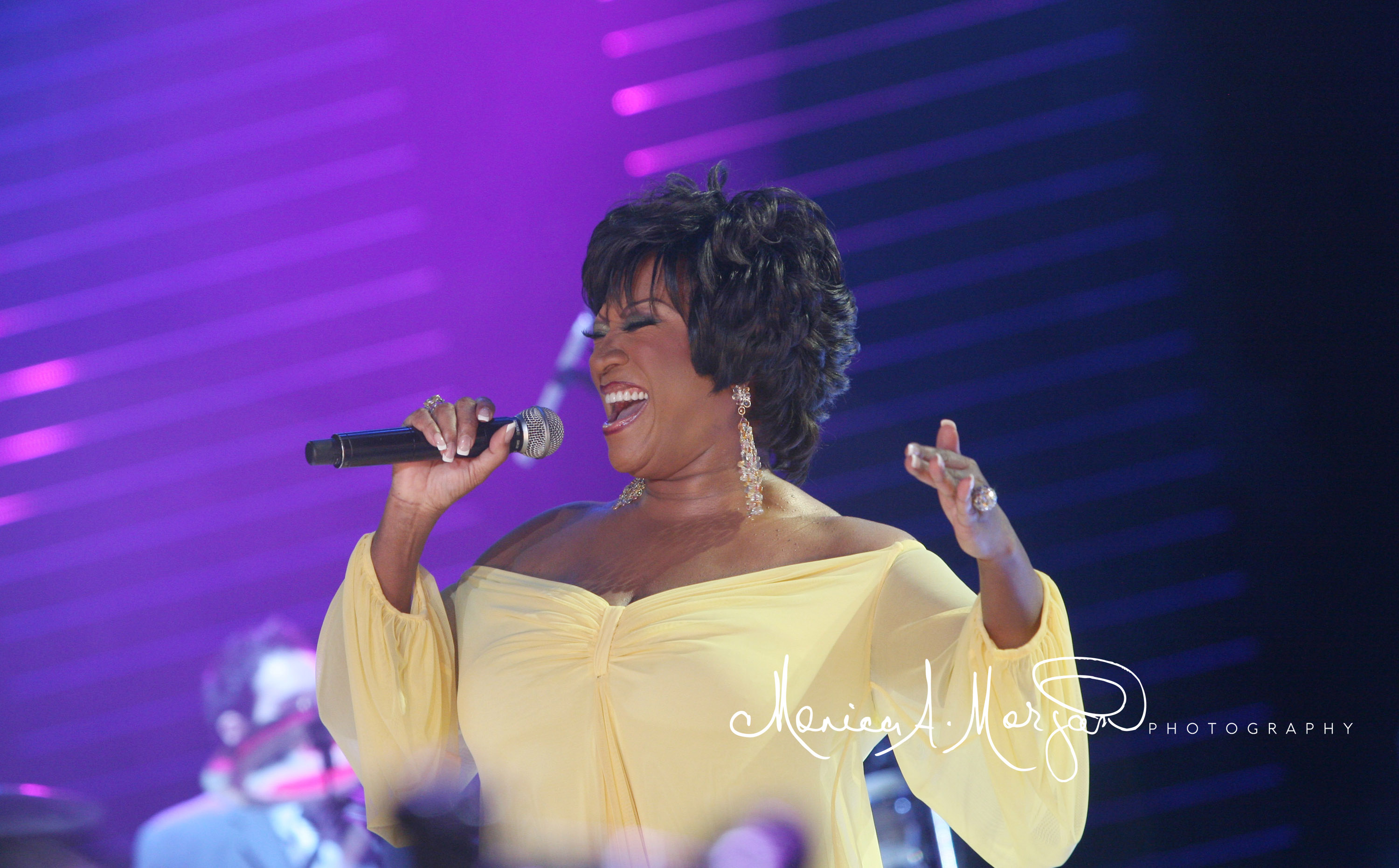 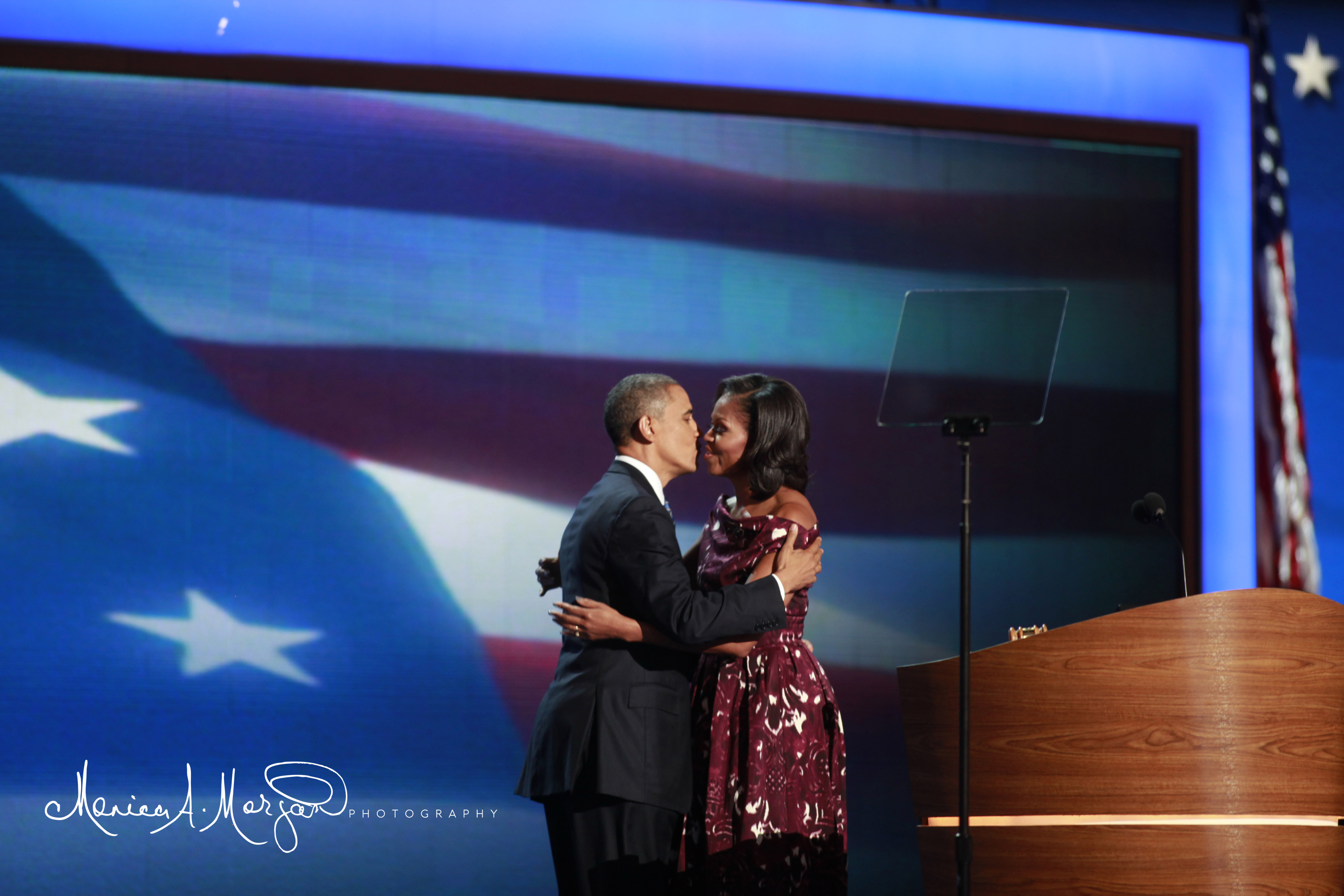 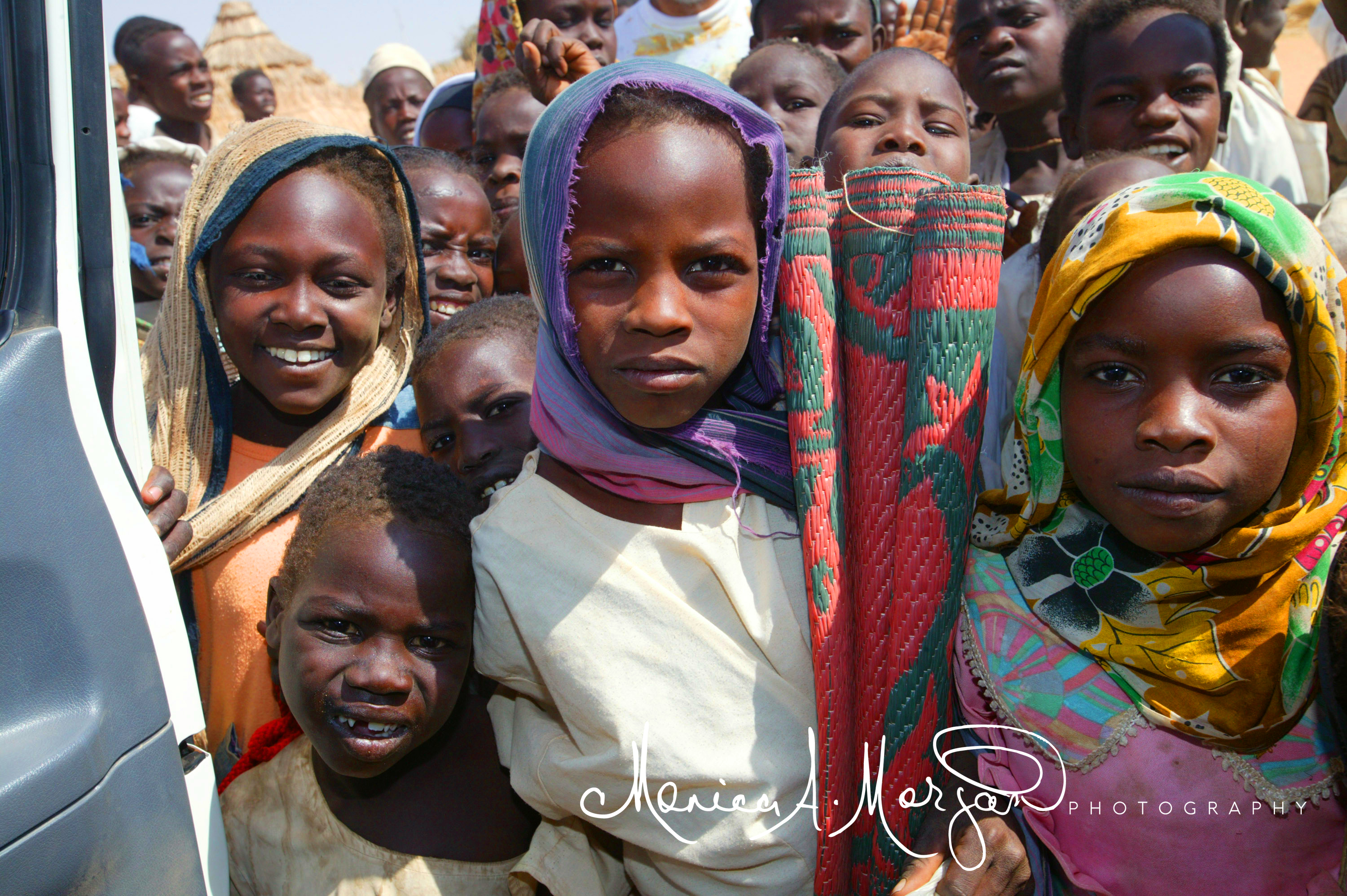 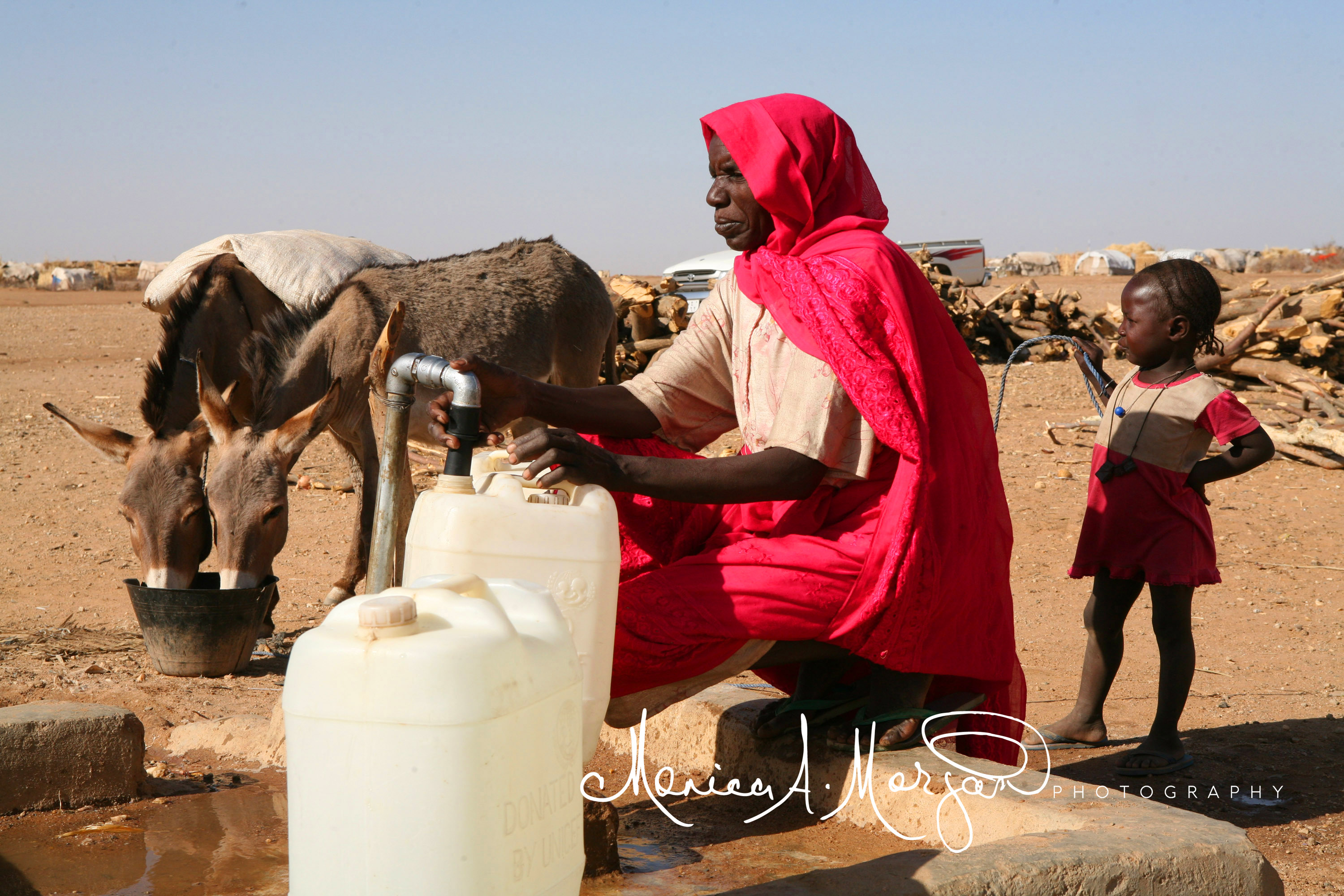 Morgan has documented lifestyles in Dakar, Senegal; Banjul Gambia; Lome, Togo; Cottonou, Benin; Abuja, Nigeria; Khartoom and Dafur, Sudan, Kumasi and Accra, Ghana and various cities in Israel. She captured the inaugural activities of Dominica’s late Prime Minister Rosie Douglass, and memorial services for Israel’s former First Lady, Leah Rabin; the refugee camps in Dafur, Sudan and covered children with AIDs in Tanzania, Uganda, and Kenya.
Morgan’s contract with WireImage.com establishes international access to her images to editors; entertainment and news media worldwide. She has photographed over 140 heads of state; covered 9/11; Hurricane Katrina; South Africa’s first all-race elections; the inauguration, retirement, and 90th birthday party of Nelson Mandela at his home, as well as state funeral services for Mandela in his ancestral home of Qunu. She photographed Libya’s 30th and 40th Revolution Celebrations and African Unity Summits (in various African nations). It was during Morgan’s coverage of South Africa’s first all-race election in 1984 when she ran toward bombing to fearlessly capture historic images which made front page news the world over.

HER DRIVE and REASON “WHY” 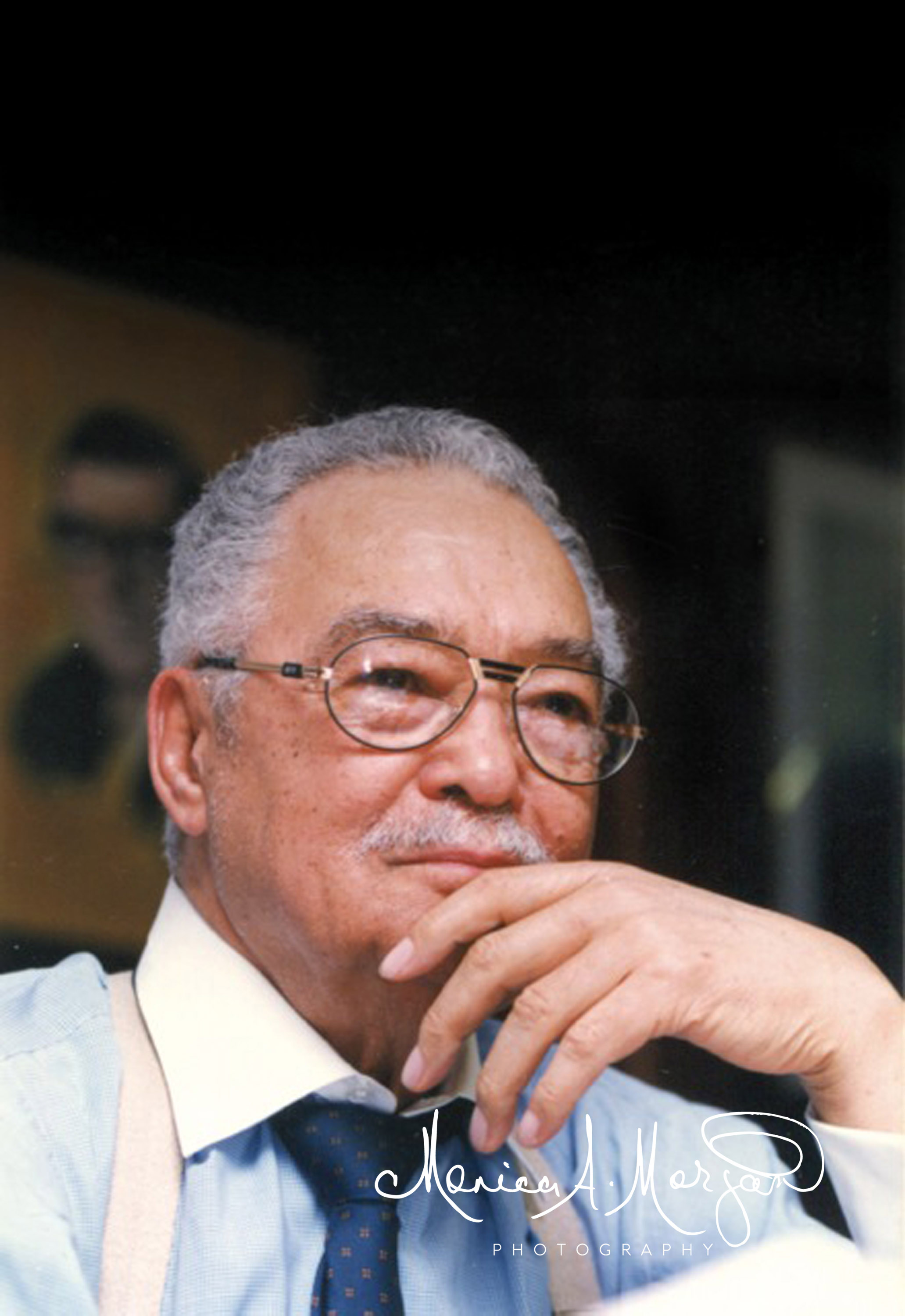 Morgan has earned the 2011 Alternatives For Girls Role Model Award; 2010 Newsmaker of The Year Award at the Michigan Chronicle Legacy in Motion event 2010, from Real Times Media. Throughout her career, Morgan has been honored with, The Spirit of Detroit; 2003 SBC African American Excellence Award; Detroit’s Most Influential Woman Award; Leader of the 21st Century Award; Leaders, Legends & Luminaries Award; Mentor of the Year, and Professional Woman of the Year. She has received The National Association of Black Journalist (NABJ) Hugh Grannum Award 2013, and The 2014 High Tea With High Heels Award. She is also featured as the subject of a national 30-minute documentary bearing her name.
The late Mayor Coleman A. Young cited Morgan as Detroit’s best photographer or as he so aptly put it, “the sure shot.” Busy CEOs and celebrities respect the deftness and speed with which she works. Rock ‘n’ roll legend Chuck Berry nicknamed her “Fast Photographer.” Edsel Ford called her, “the best.” Civil rights icon Rosa Parks called her work “great” and selected Morgan to be her personal and official photographer.
Morgan’s clients include a multitude of Fortune 500 companies, including Chrysler; General Motors; Chrysler Financial; Ferrari; HBO; OnStar; IBM; MGM Mirage; Coca-Cola; Exxon Mobil; Bank of America; Johnson & Johnson; Pfizer, and more.
Morgan photographed The Million Family March, The Million Woman March, as well as the, 50th Anniversary of The March on Washington.
She served as associate publisher for “Who’s Who Publishing, LLC,” and was responsible for the entire production of Detroit’s 2008 and 2009 editions of the coffee table annual. 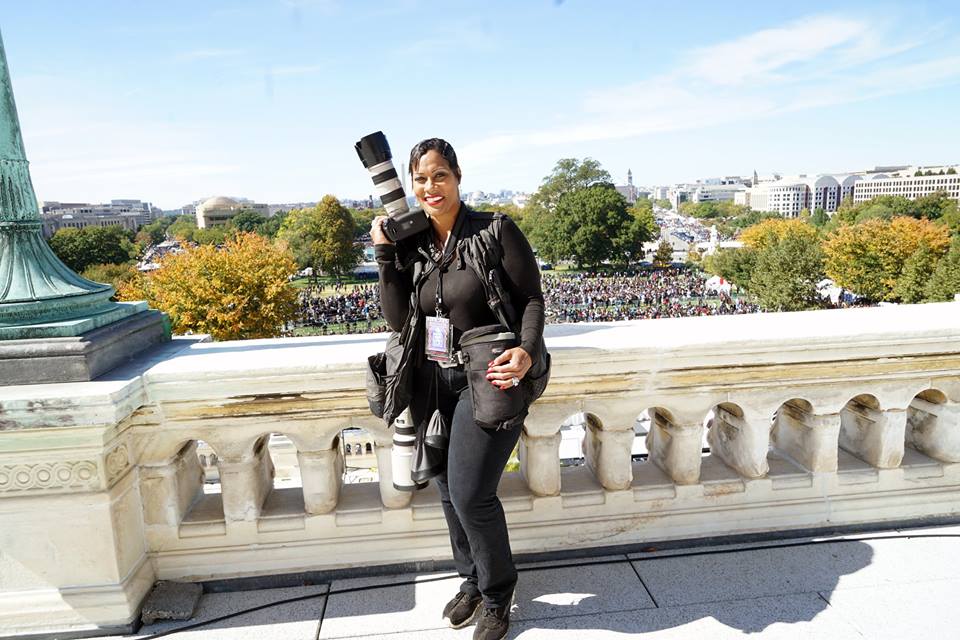 Morgan is forever grateful and ever mindful to “give back.” Among many volunteer and humanitarian contributions, she has served as celebrity chef and co-chair for the Spaulding For Children non-profit, children’s agency in Detroit. Her long-term mission is to serve as an agent for change through guiding young people. The lifelong dream and mission has been for her to establish a school for Detroit-area children, teaching business skills and bolstering self-esteem through achievement.“With the right guidance, photography can be so much more than picking up a camera and pushing a button,” she explained.“You’ve got the ability to communicate with people from all walks of life. You’ve got the ability to make a difference.” 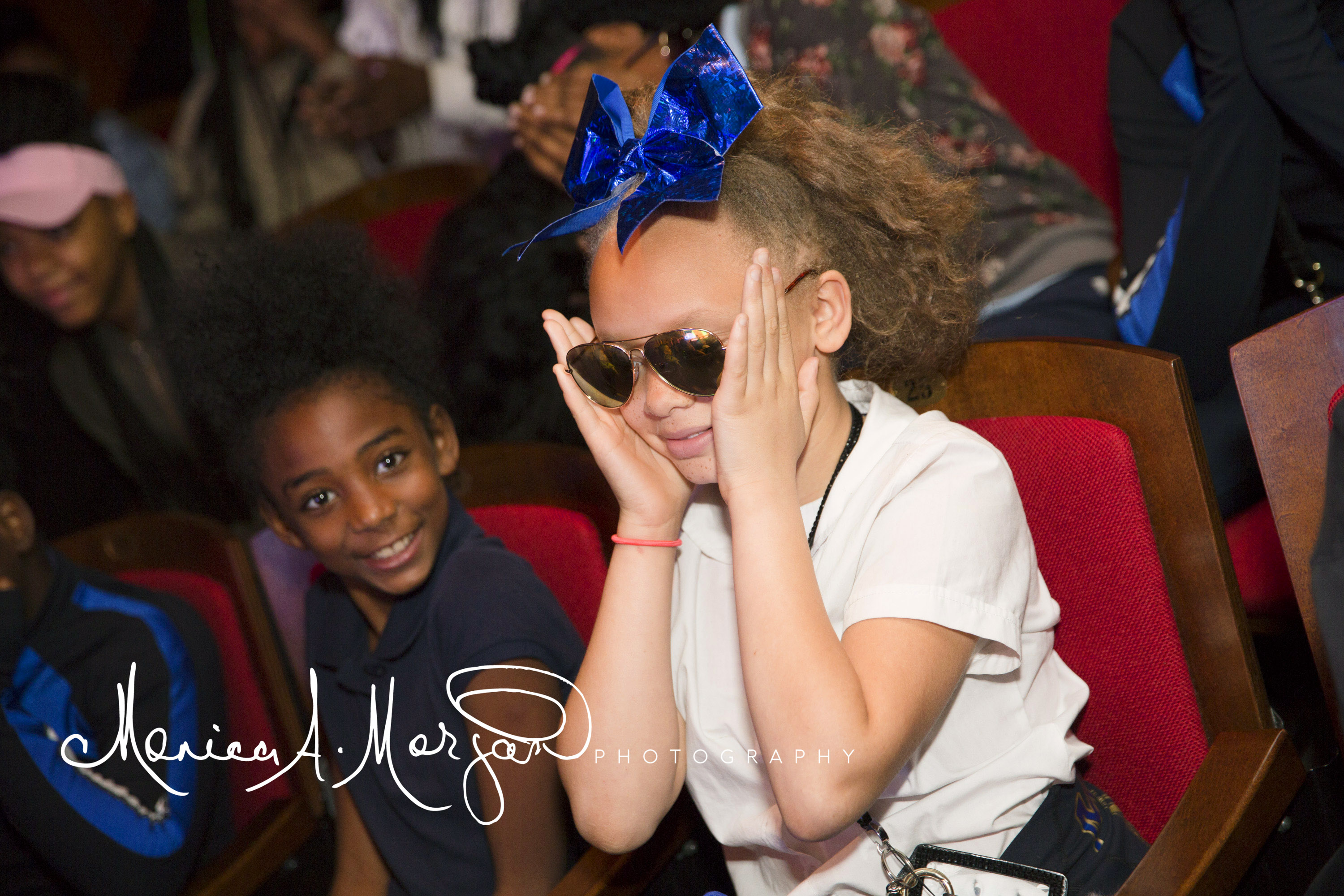 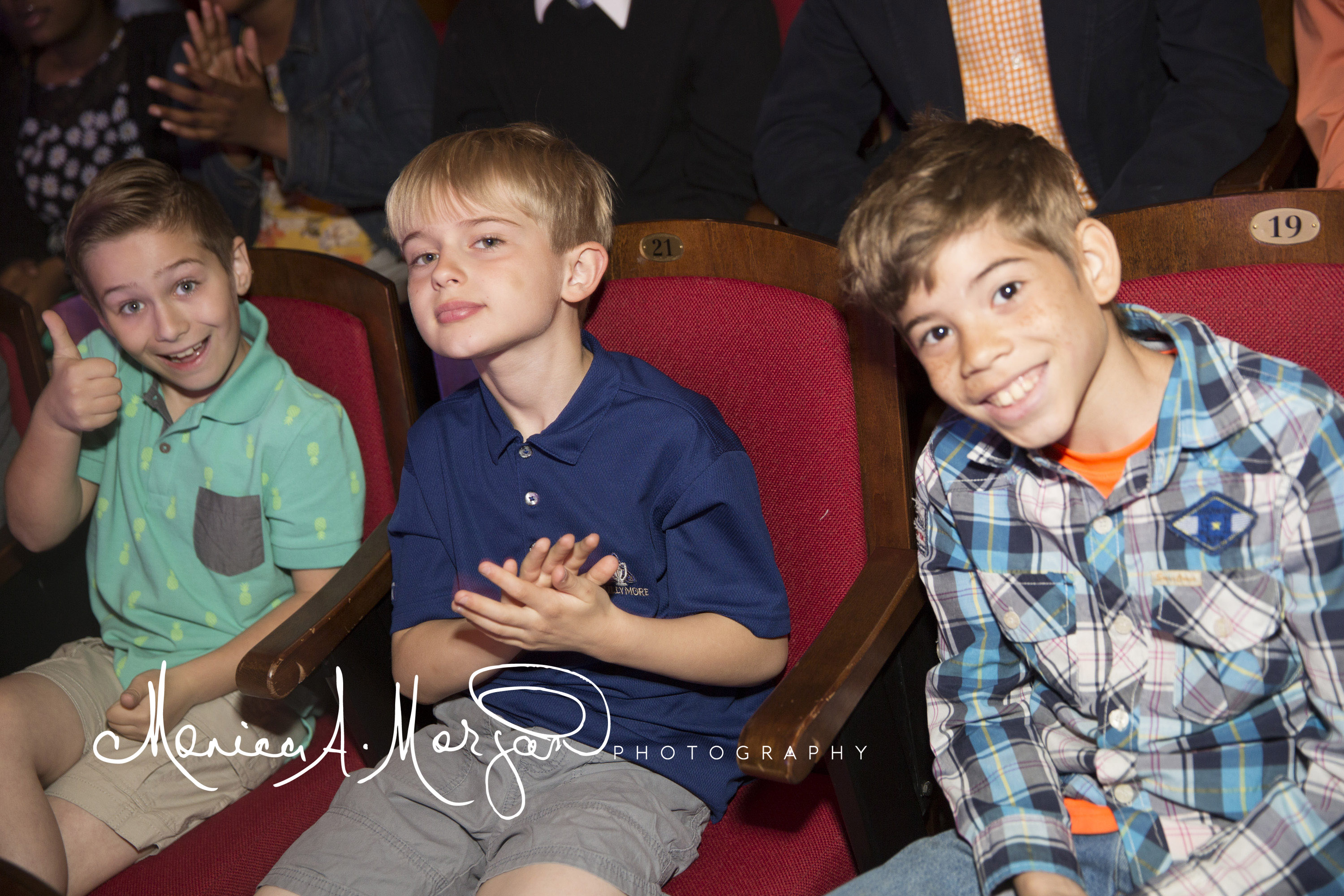 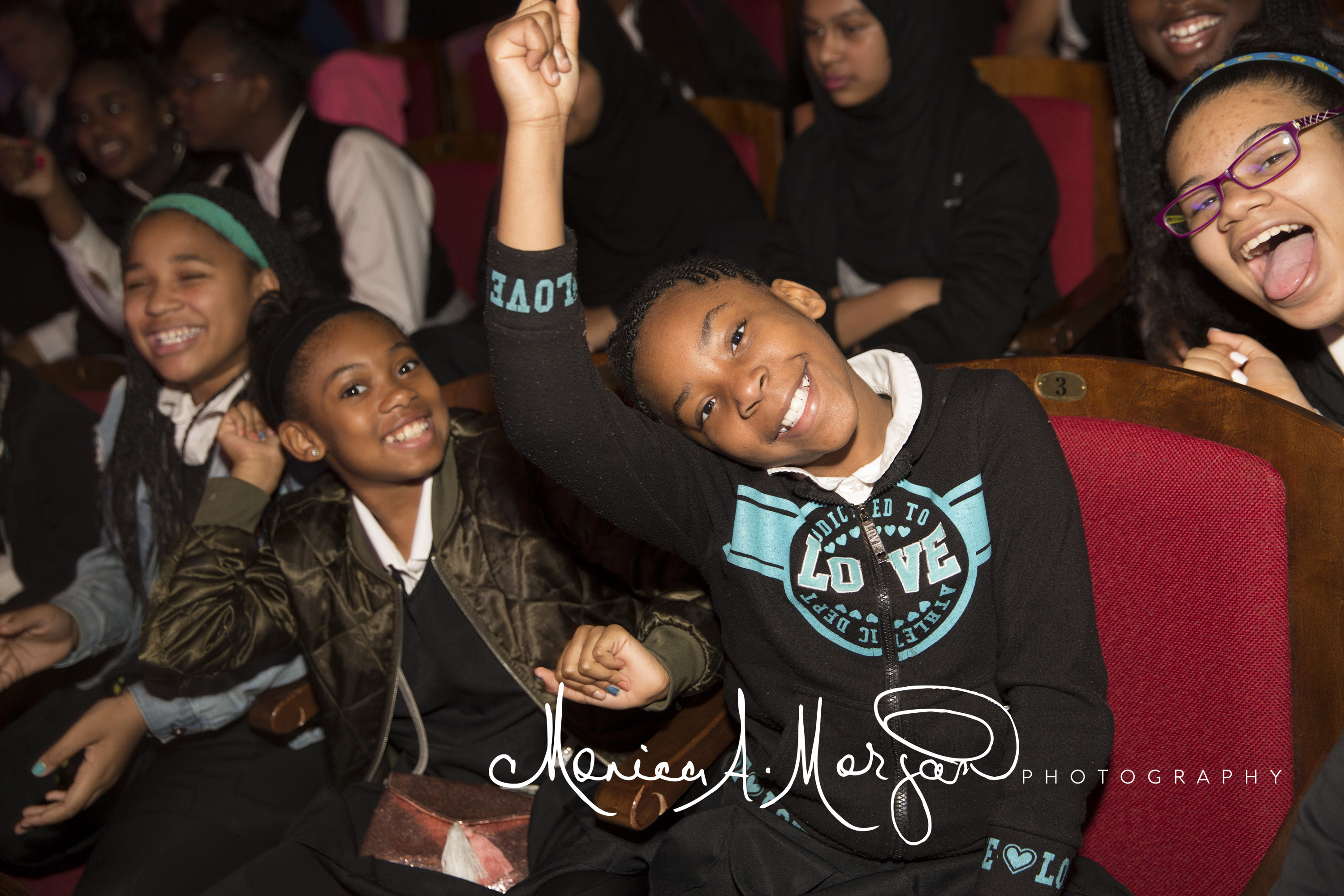 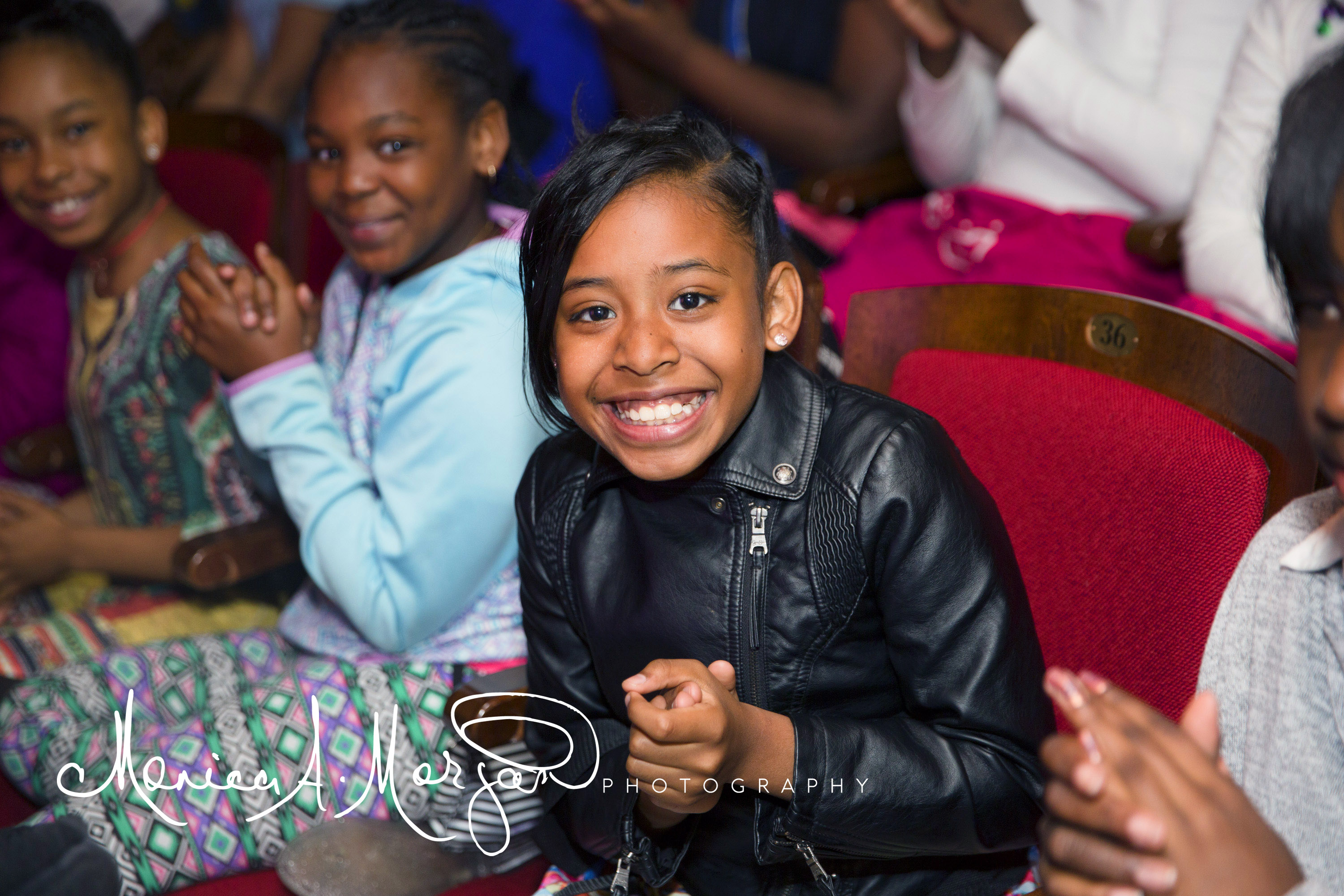 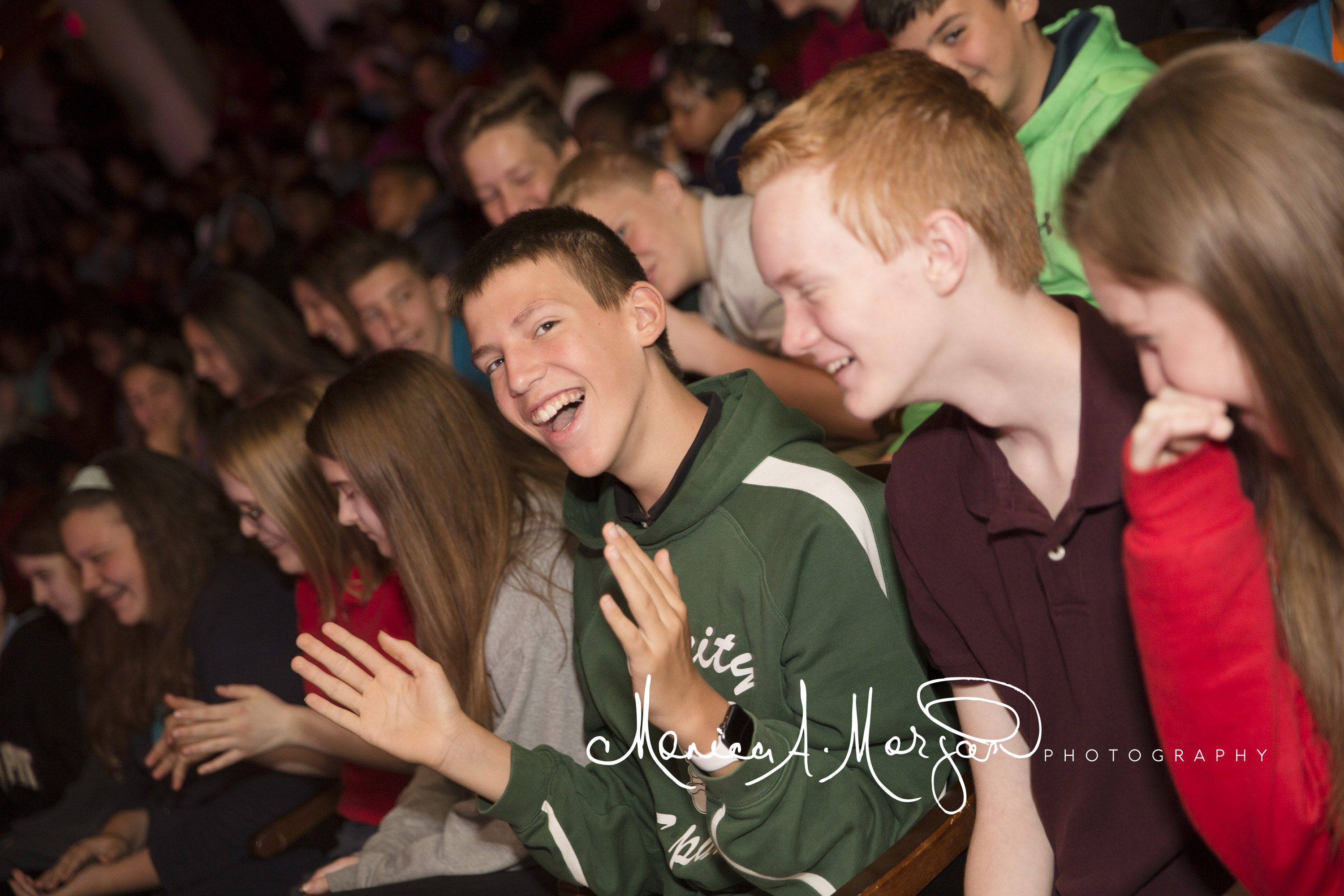 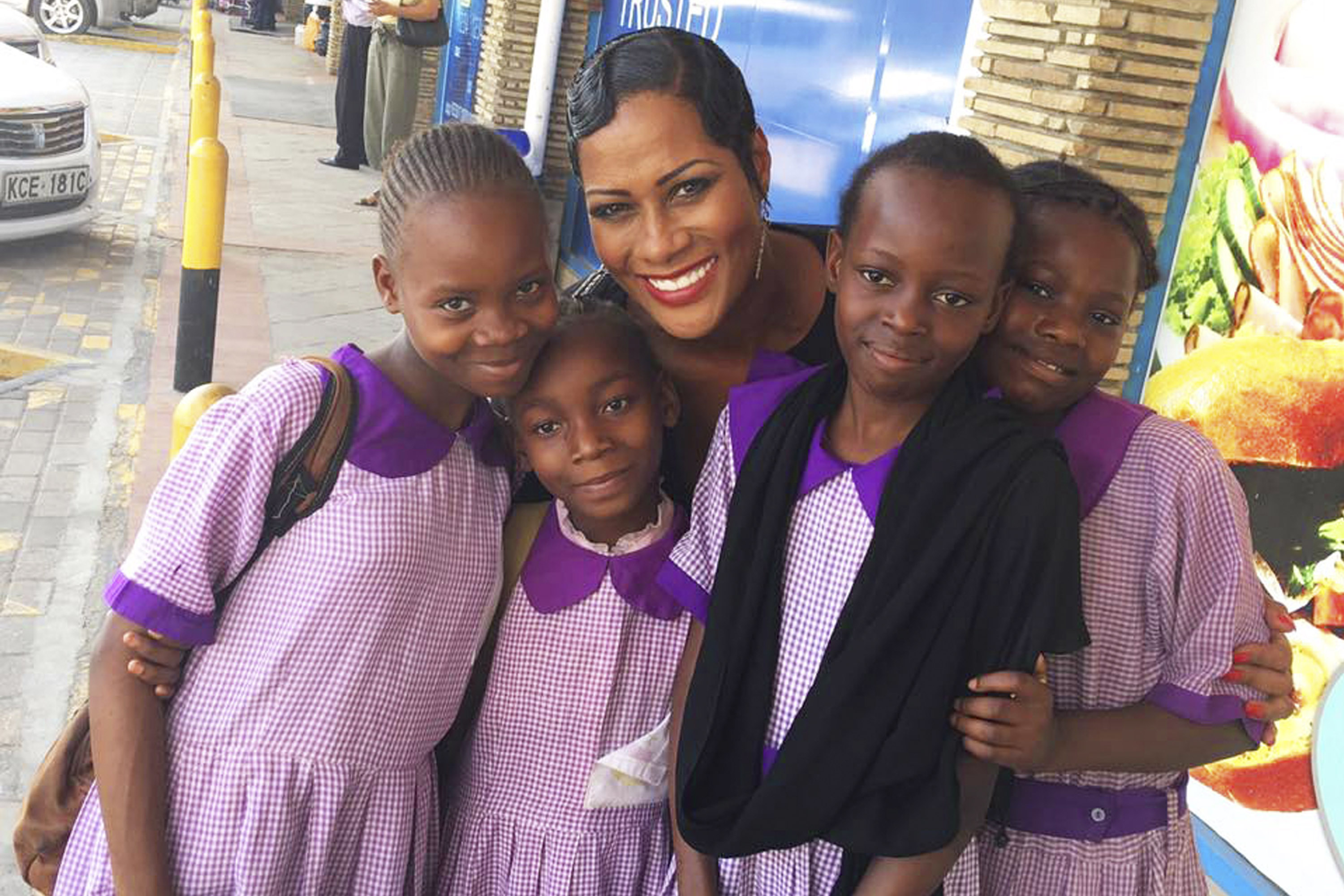 Striking in her personal appearance as well as her delivery, those closest to her know Morgan as a beautiful person inside and out. Glamourous and demanding of herself, Morgan is captivating and compassionate. Through everything, she perseveres. Those assets combined with her affinity to capture celebrity and history has -over time- caused her to become a history-making celebrity, on a global scale, in her own right, as she views the world, love, and life, through HER lens.
MEDIA CREDITS
BOOK PHOTO SERVICES
Copyright © 2017 Alysyn Curd for MONICA MORGAN PHOTOGRAPHY/MONICA MORGAN SPEAKS. All rights reserved.

To get the latest update of me and my works.